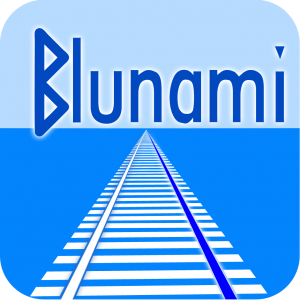 MYTHS ABOUT BLUETOOTH IN MODEL TRAINS

MYTH 1: Bluetooth does not have good range (FALSE)

There are various forms of bluetooth that can achieve a variety of ranges. The antenna built into the specific bluetooth module in any given product greatly affects range. The U-Blox modules in Blunami boards can generally connect at a range of 100 ft, and can be operated as far as 150 ft away.

MYTH 2: Bluetooth can only connect to a limited number of devices simultaneously (FALSE)

While classic bluetooth (found in speakers, ear buds, and car stereos) can only connect to 8 max devices, the BLE (bluetooth low energy) in Blunami boards has no strict limits on the max number of trains you can connect to simultaneously.

MYTH 3: Multiple users within close proximity will interfere with one another (FALSE)

Bluetooth supports adaptive frequency hopping (AFH) which takes advantage of 40 possible channels. The data packets for controlling trains are extremely tiny and take up very little bandwidth. Once you have more than 40 trains running in close proximity, channel sharing will begin to kick in. Because the train control data is so small, channel sharing might result in a few milliseconds latency on commands – which should not be perceivable. Bluetooth actively avoids interference from other wireless devices.

WiFi and bluetooth run in similar frequency ranges and have similar signal strength. WiFi requires a router, whereas bluetooth facilitates communication directly between devices (ie your smartphone and your blunami board). This means you can take your Blunami in any location (indoor/outdoor) without having to setup a router. If you are running a secure WiFi router to run trains, then each device connected to the WiFi must know the password (which introduces challenges). These security issues are automatically handled by bluetooth as part of communication between devices.

Classic bluetooth requires pairing (to a max of eight devices). You do not “pair” with your Blunami board. Launch the Blunami app, and all connections are managed within the app.

Blunami utilizes bluetooth low energy, which is made up of tiny data packets transferred in short bursts, and requires very little energy.  Do not confuse this technology with "classic bluetooth" which consumes more power to support larger bandwidth.

WHY IS BLUNAMI A GOOD SOLUTION FOR MODEL TRAIN CONTROL?

When connected to the app you have complete bi-directional communication with your decoder. Every command you send is instantly received. The app knows all CV values in the decoder and provides intuitive interface for adjusting your settings.

The U-Blox modules in Blunami boards can generally connect at a range of 100 ft, and can be operated as far as 150 ft away.

The Blunami app is easy to use.

Users do not need to read a manual to use the product (although one exists). Users can adjust over 300 settings on their Blunami decoder using sliders and pulldown menus which are logically laid out. You can easily customize your loco and audition sounds without the need for a programming track or even a command station.

The Blunami app can be easily updated to add new features.

The Blunami app gives you full access to SoundTraxx's capabilities.

The app lets you edit every aspect of the SoundTraxx decoder. Explore the interface, audition sounds, tweak levels, customize consist functions, and more to unlock your decoder's full potential.

Blunami can be controlled by any DCC command station or by the Blunami app.

Blunami does not require a command station or DCC to operate.

You can run your Blunami on a DC powered track.

You can use a battery to power your Blunami.

HOW IS BLUNAMI DIFFERENT FROM OTHER TRAIN CONTROL PRODUCTS?

What is the difference between BLUNAMI and JMRI?

JMRI is open-source computer based software for controlling DCC. JMRI includes a PC interface used in conjunction with a command station to provide through-the-rails DCC and functionality. "Decoder Pro" is a PC interface in JMRI for editing decoder settings.  The Android app “Engine Driver” (WiThrottle on iOS) is a model railroad throttle app for use with JMRI. These apps connect wirelessly to the WiThrottle server (part of JMRI).  JMRI then uses through-the-rails DCC to send signals to locos, which involves the conversion of packets into electrical pulses. CVs can be read in JMRI using a programming track.

Blunami creates a direct wireless connection to your decoder, allowing for train control and settings customization without the need for any hardware, software or drivers.  App communication with the Blunami is wireless and bidirectional. Your phone becomes a a direct high-speed interface to the decoder. The signal is never converted to analog or subject to signal degradation associated with through-the-rails transmission.

The Blunami app is custom designed for the features in the SoundTraxx decoder. The app is full-featured and easy to use.

Blunami and the associated Blunami app give you all the benefits of Decoder Pro and Engine Driver (or WiThrottle) without the need for additional hardware or software. Blunami has the added benefit of bi-directional wireless communication, and a control app designed specifically for the decoder's features.

What is the difference between BLUNAMI and RAILPRO?

Rail-Pro is a hand-held controller system that works in conjunction with Rail-Pro decoders. Starter kits for the Rail-Pro can be purchased for $250-$300 (decoders not included).

Blunami requires no system to purchase or commit to, and no additional hardware to go bad.

Blunami decoders are compatible with any DCC control system.

The Blunami app updates come directly to your phone (via the appstore).

Bachmann E-Z App trains can be controlled by the EZ App (iOS/Android) and offers control of speed, direction and lights.

Bachmann E-Z App trains have no onboard sounds and are not DCC compatible.

What is the difference between BLUNAMI and BLUERAIL-DCC by TAM VALLEY ?

In Blunami, the bluetooth module and decoder are combined on a single circuit board.  Commands and responses are never converted to electrical signals, so all communication is high speed. The Blunami app can read all CVs in 2-3 seconds without going into programming track mode.

Blunami and BlueRailDCC boards utilize different interfaces in the app. The app identifies the hardwareID of any board on connection, and serves up the appropriate interface.

The BlueRailDCC interface allows users to pick a decoder type, and includes a CV editing page.

When connected to a Blunami board, the settings section of the app contains many more features for customization of sounds, lights and speed, as well as section for consisting function control and one button calibration of DDE.

WHAT HAPPENED TO THE BlueRail Trains APP?

HOW ABOUT O GAUGE AND O/S SCALE?

Blunami requires DC or DCC power to operate. AC track-power users will need to use DC power, or supplement their installation with an in-loco AC-DC converter.