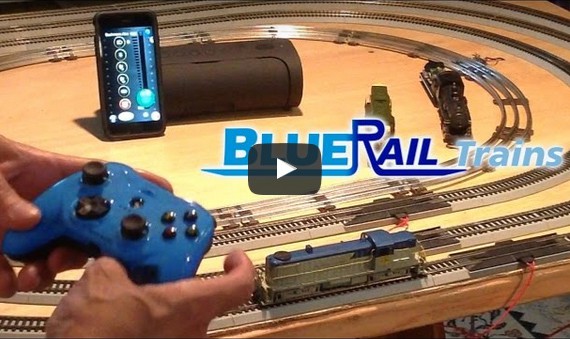 BlueRail Trains – controlling a train with an MFI game controller

We have added support in the BlueRail protocol for MFI supported controllers. We have tested with the Mad Catz CTRLi on iOS. In theory iOS phones/tablets should function with any MFI controller . Once you have paired your controller with the smart device, connect to your trains in the app. At this point you can operate your trains with the controller. To control your train, the BlueRail app must be opened and on the Train Control screen.
Pages