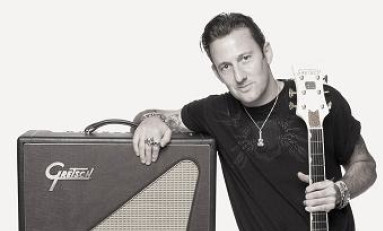 BlueRail Trains collaborated with accomplished rockabilly guitar player Buzz Campbell (Lee Rocker Band, Hotrod Lincoln) to record a collection of train inspired Christmas songs designed to sync with operation of model trains. The idea was to create a musical motion/light experience for trains around the Christmas tree or for use with Christmas villages. Each song depicts the train leaving and arriving from station to station (with matching train sound effects, bells, train whistles, winter wind and tempo changes). The audio respects whether you have your train set to “diesel” or “steam” for synced horn/whistle sounds, and is about 15 minutes of music (for all 9 tracks). Campbell’s classic rockabilly and Chet Atkins style gives the music an authentic train feeling.

If Christmas trains aren’t your thing, this demonstrates this system’s ability to record and playback scripted train operation. This would be useful for users saving custom behaviors of their train traveling from station to station on your layout, or easily generating back and forth routes for a shelf-top train or trolley. In the most general sense, this demonstrates that this system opens new doors to what trains can do.